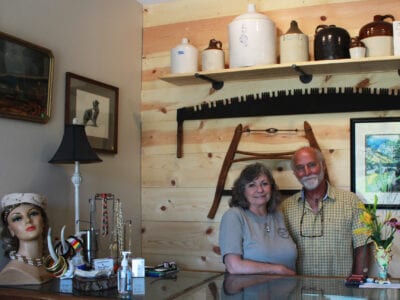 HICKMAN – One of the storefronts on First Street in downtown Hickman has new tenants and a fresh look. Lifelong antique collectors Claude and Cherise Liesveld of Hickman opened Alley-Side Antiques and Curiosities this month. The Liesvelds have collected antiques and interesting things for more than 40 years. Opening an antique store is something they have always wanted to do. […] 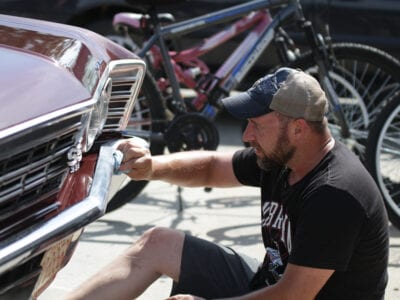 WAVERLY – Dave Kocian of Waverly grew up attending car shows in his hometown of Dwight. Each year, cousins, friends and community members would shine up their favorite classics to put on display for the community to see. “I always wanted to take one but I never had one to take,” said Kocian, who has lived in Waverly since 2018. […] 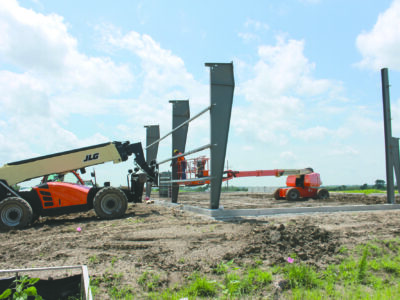 Glacial Till building new warehouse outside of Bennet

BENNET – Over the last several months, dirt work has begun on lots near the Bennet Casey’s for new commercial buildings. Developer Doug Derscheid bought the land surrounding the Casey’s in September 2019 and subsequently platted the Bennet Corner Addition. The Murmans, owners of Glacial Till Winery and Vineyards, then purchased lots south of the Casey’s. In June, a building […] 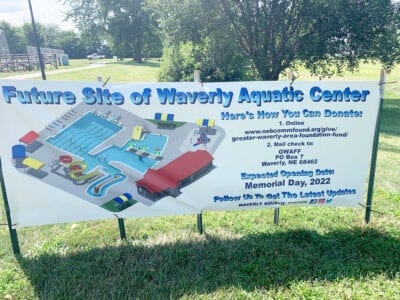 WAVERLY – When Waverly voters in May approved two ballot questions to fund a new aquatic center, the COVID-19 pandemic made it practically impossible to safely host a celebration. Though the number of COVID-19 cases continues to increase in Lancaster County and elsewhere, the ensuing months provided advocates with time to plan some form of a celebration, which will take […] 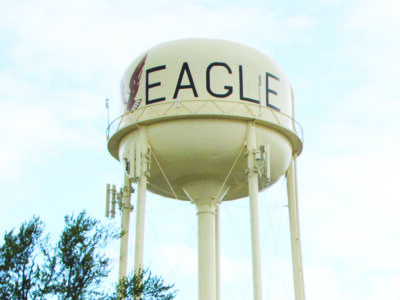 EAGLE – Trustee Joshua Lahmon recently resigned from the Eagle board due to what he described as an unwillingness by fellow board members to hold village employees accountable. His resignation letter, which included assertions that the board chair said he disagreed with, came weeks after the trustees handled an employee disciplinary action. The hearing left Lahmon feeling alienated and unsupported. […] 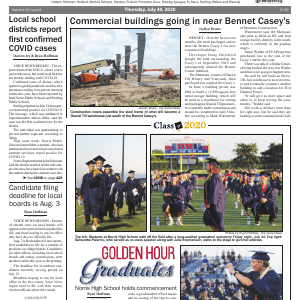 Filing deadline to run for village boards is Aug. 3

VOICE NEWS REGION – Dozens of elected seats on local boards will appear on the general election ballot this fall, and those hoping to run for office only have days to officially file. Aug. 3 is the deadline for non-incumbent candidates to file for a number of positions on village boards. Candidates for other offices, including local school boards and […]

VOICE NEWS REGION – A lot of progress was made this past week for wheat harvest in Nebraska. The United States Department of Agriculture (USDA) reports that harvest is 50 percent complete in the state. This past fall, producers planted 920,000 acres of wheat, though only 850,000 are expected to be harvested. The USDA predicts Nebraska’s wheat crop production to […] 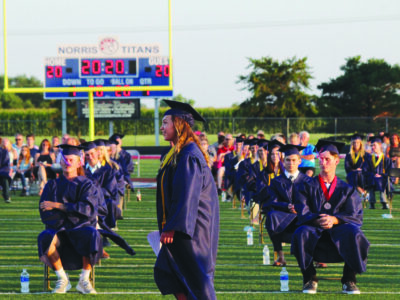 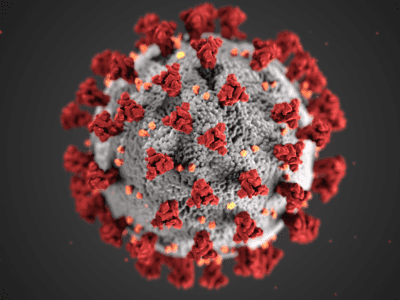 VOICE NEWS REGION – The expected start of the 2020-21 school year is just weeks away, but some local districts are already dealing with COVD-19. Confirmed cases of disease, which sparked a global pandemic and forced a premature ending to in-person learning earlier this year, have been reported by both Norris Public Schools and Sterling Public Schools. Sterling reported on […]