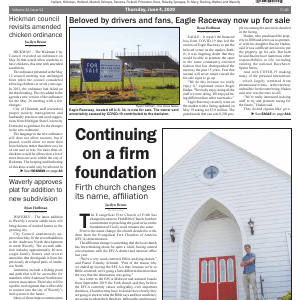 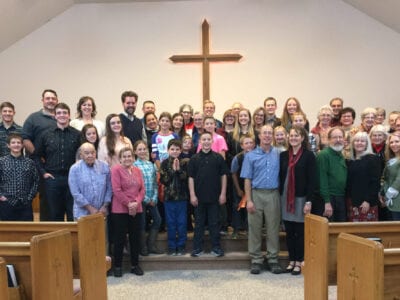 Continuing on a firm foundation

Courtesy Photo Members of the Firth Bible Church congregation gather for a group photo last year. Firth church changes its name, affiliation By Jacilyn Bruns The Voice News FIRTH — The Evangelical Free Church of Firth has changed its name to Firth Bible Church, but their commitment to preaching the good news on the foundation of God’s word remains the […] 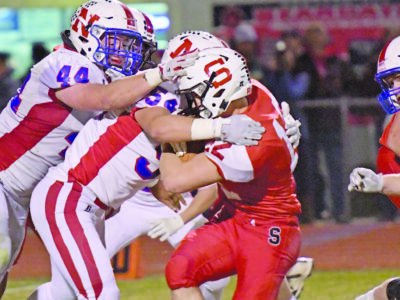 Photo by Gracelyn Adams Norris seniors Cade Baker (54) and Dylan Meyer (44) tackle a Scottsbluff ball carrier in the Class B State Semifinals on Nov. 9. Titan athletics have a remarkable season full of state appearances in every sport By Tanner Cobb The Voice News FIRTH — When the clock struck zero in Pinnacle Bank Arena on March 12 […] 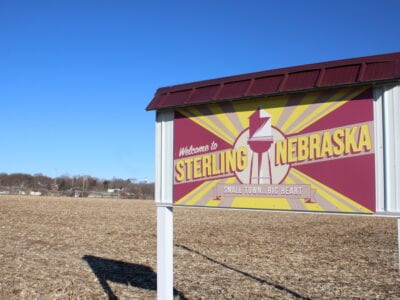 STERLING – The Sterling library has a new leader at the helm. The Board of Trustees voted 4-0 at a special meeting May 21 to hire Becky Barney as the village’s new librarian, a part-time position. Two board members interviewed three candidates for the job a day before the meeting. Out of the three, Barney proved to be the strongest […]

VOICE NEWS REGION – Previously planned closures related to the Lincoln South Beltway are now in place after a delay caused by weather.  The Nebraska Department of Transportation had originally planned to close the west leg of South 14th Street at Saltillo Road on May 27. However, the closure date was delayed until June 1 due to weather.  The soggy […]